This article was originally published in Bux-Mont Living in 2010. 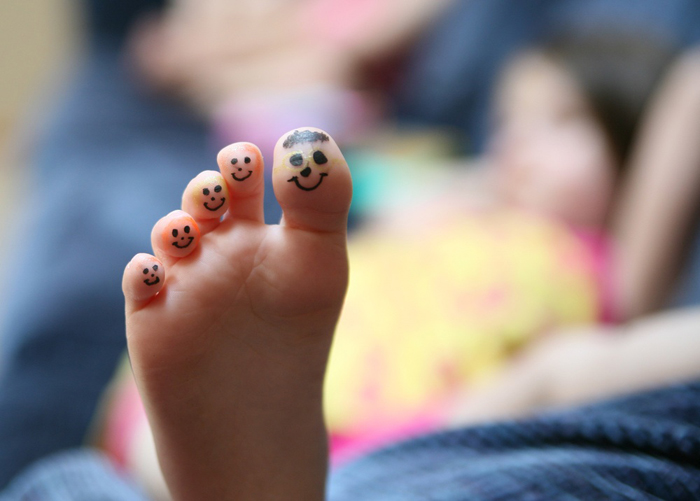 Children are built to learn. Like ants in your kitchen, they’ll explore every square inch of their universe, discovering wonders and determining exactly where the boundaries are. Then, they’ll try to broaden those boundaries. Such tenacity is an extraordinary gift, perfectly designed for survival in the modern world.

The younger a child is, the more evident her capacity for learning is. We may have trouble seeing through the adorable nature of her struggles, but if you look objectively, you’ll be amazed. Consider what it takes for a child to learn to walk, for example. You or I would be daunted by such an educational requirement: the jarring failure of being repeatedly thrown to our rear ends would frustrate us in short order. Yet a child has more than enough tenacity to endure such trials, lifting herself to her feet for the twelfth time without a thought of defeat. As parents, it is important that we understand how she brings that tenacity to all aspects of her learning, especially when that learning involves apparent disrespect.

It is common for us to misuse the concept of respect in the context of dealing with a child. We know that at infancy, parents are the defining vision of comfort and completeness for most children. Most toddlers feel a profound source of unease when, having been engaged in play, they suddenly realize that they don’t know where their mother is. They will drop their toys in mid-fantasy and come over to mom (who, for the millionth time, almost got something half-done). But when you are the parent, it is your demigod status that makes you the very boundary that your juvenile explorer will push against.

Having taught the discipline of karate to countless children, I’ve enjoyed being a privileged contributor to many young families. Often, in my ability to tell a child what to do, I have greater privileges than his parents! Young parents so often try to take a reasonable approach with their children. Recently I witnessed just such an exchange. A harried young mother, Mrs. Raymond, jostled in with her 4-year-old just before class. The little girl took her jacket off and threw it onto the floor indignantly, offended by some offense that had evidently just transpired.

The young rebel kept her eyes averted. She was not scowling, but actually looked rather confident. Finally, under the pressure of the class start time, Mrs. Raymond told her child to “just go.”

During class, Christine was the least attentive student. She frequently refused to do what she was told, and even spontaneously run off of the floor in the midst of an activity. Despite our protests and denial of class privileges, she left the floor a second time to casually receive a water bottle from her mother and take a drink.

The next day, Christine’s father called on the office phone. He said that he wanted to put in notice that he was canceling Christine’s membership. “I guess it’s her age,” he said. “Maybe this will work when she’s a little older.”

“Mr Raymond,” I began, “I respectfully disagree that this is a matter of Christine’s age. As you can see, there are several other children in the class who are younger than Christine. They stay put and follow commands. In Christine’s case, it’s more of a matter of boundaries.”

I told him how a friend of mine, John, has three children of the exact same age as my three kids. He was an ex-marine and we were karate training partners for many years. It was a joy to discuss our parenting trials as the children grew. Once he had a reasonable discussion with his middle son, Evan, when he was eight. “Look at your room,” he said, distracting Evan from a game. “Do you really want to trip over your toys and step on all your nice clothes as you cross the floor?”

Evan, bright and expressive, looked at his father quite seriously. I suspect he was thinking that he finally had an opportunity to get his own point across. “Yeah, Dad,” he said, shrugging his shoulders. “That’s not a problem for me.”

John, perhaps benefitting from his military experience, said, “Okay, then stop what you’re doing and clean your room. You’re going to know what it’s like to grow up in a clean room. Now.”

I told Mr. Raymond that when John told me that story, he was exasperated, and being a young father myself at the time, I had no advice for him. But now, I would tell him that he had done the exact right thing.

I explained to Mr. Raymond how I witnessed his wife’s gentle, reasoned approach the day before. I said, “The answer to ‘Was that a good choice?’ had Christine been able to voice it, would have been, ‘Emphatically yes!’ She’s only doing what all children her age do. She’s testing her boundaries. And I need to find a polite way to tell you that the two people who lay down those boundaries are offering her malleable ones.

“Karate instructors seem plenty formidable to the children, standing tall in our black belts in class,” I continued. “But the truth, of course, is that you are a far more formative influence in Christine’s life. I want to encourage you toward clarity in your handling of Christine. For example, I’d like you to refuse her water when she runs off of the floor without permission. I promise, she will not suffer dehydration during one brief class. Indeed, she’s not even thirsty. She’s controlling her universe.” Mr. Raymond was receptive to my suggestions. Christine is still with us, and is happily learning boundaries.

Children gravitate toward, and seek the approval of, adults who provide structure. I see it in my classes all the time. Children anxiously come in to tell me stories of their day, when the parents of those same kids squirmed in the viewing gallery the week before as they watched their child confront a disciplined approach that they’d never before seen. I saw it myself while shopping in the supermarket recently. The story was related in one line from a mother as I passed her and her frustrated daughter, who was standing in the food section of her shopping cart. Pointing with two hands to the child seat and the food section simultaneously, the mother said, “Natalia, it’s either sitting here or sitting back here.”

The mother understood the design of the cart. Two-year-old Natalia, however, saw no reason that she could not influence the cart design as she could many other things in her universe. She needed help, and the cart wasn’t moving until her bottom was in place.

Love your children with all your hearts, love them enough to discipline them before it is too late.
—Lavina Christensen Fugal, 1955 Mother-of-the-Year