I’ve payed attention to New York Times columnist @TomFriedman for years and like him a lot. He has another recent installment describing his support for Bloomberg over any other candidate, and this longtime Bernie hopeful is with him on that. I agree 100% with everything his thoughtful article laid out.

But Friedman’s current proposition has one flaw in its logic, it is a fatal one, and it is the same one that Liberals fully ignore when they take the rare step of what they think is interacting with Conservatives. (No kudos to Conservatives there, they’ve been dismissing Liberals for a lot longer.) The proposition ignores they way public office holders are elected by people who have pre-existing interests.

I’m not sure whether it’s possible for anyone to beat Trump in November. If it’s to be done, it has to be done with an awareness of the mechanics of the 2016 election. Clinton may have won the popular vote, but enough people voted for Trump in (in)correctly-gerrymandered places to create a new paradigm. What the DNC can’t do is put up another candidate that is so repulsive to rural Americans that they are galvanized to strike a match and set the entire federal government (as they understand it, including the constitution, as they don’t) afire.

We know they could. Because they did.

Trump’s not going to lose by the Left being right-no-I-mean-really-really-morally-right about issues. Friedman’s proposition would give DNC loyalists the same fuzzy feeling we all get from Remember The Titans. But the first thought that would come to analytical Conservatives and askance Independents like me would be that the DNC called a huddle and the fusillade is gonna be awesome. Which means the second thought of many of us, and the first thought of all MAGAs, will be that they’re under attack. That is the condition when the Teflon King most galvanizes his sycophantic legion.

The only needed adjustment could occur in that same closed-door meeting  we imagine preceding Friedman’s article, except for there to be cabinet positions open to a few good Republican names. They do exist. Fitzpatrick’s a very good one. So is John Kasich, and he’s got a world of name recognition. I’ll bet these reluctant party loyalists would make a private commitment with a promise of precisely-timed public announcement. I’ll bet they could even get Susan Collins, which would be a huge kidney shot to the RNC. It’s like E.J. Dionne, another analyst I admire, seems to say in his book:  “…leadership can come only from Democrats and disaffected Republicans courageous enough to stand up to Trump.”

That kind of scrum could plow the field.

Bobby, the first of the five Matteson siblings, is a remarkable artist whose work is in the homes of most creative thinkers in the Northeastern United States, and many worldwide. (It was in mine 22 years before I ever had a conversation with him.) Susan had only just brought a close to 35 years of educating young minds. Gerry travels the world as an industrialist, and is as creative with the written word as he is successful in business. Billy, capable of exquisite craftsmanship, chose the career of maintenance man, which Bobby has said “is a description which falls far short of his abilities.” Barbara, 11 years younger than Billy, the delight of a family who’d thought they were done having children, operates a hair styling salon, teaches shotokan karate, and is my fiancée.

Last Thursday morning Billy succumbed to the surprise of esophageal varices. He was discovered by Rosalie, his partner of 25 years, after having died of blood loss. Thus began days of painful remembrance, phone calls, paperwork, writing, photo processing, and tears. It was difficult for anyone to gather the energy required to do any of these “necessities.”

Nevertheless I must acknowledge a realization: it comforted me a couple of days later when I caught myself actually looking forward to the funeral. Despite the fact that Barbara and I should have been miserably exhausted because neither of us could sleep the night before, I had more energy that morning than I’d had all week. I couldn’t help feeling positive at the thought of seeing those I’d come to know better in recent years, all gathered for the common purpose of offering respect to Billy. I am nearly fifty. At this point of thinking more clearly and worrying less about others’ judgements, I’ve elevated the thought to a conscious level: I like funerals. This despite the extraordinary heartache they bring to people I love.

Tears were constant that day. But for every awkward moment so common to funerals, I saw a dozen hugs or handclasps or sentences that were warmer and firmer and longer and more sincere than we get to enjoy in everyday times. There were observations and descriptions and appreciations, much of which was by way of wisecracks at Billy’s expense. This irony was well suited for celebrating Billy in the pillared funeral parlor, properly set with photos of his many rescued dogs, his one-finger salute, and him in his underwear with a cigarette dangling from his mouth. Few in the room hadn’t experienced Billy’s unique cocktail of machismo, crude humor, and sensitivity, and all had been affected by it. Several, who I never knew had such powers, spoke eloquently of Billy despite their pain. I was particularly proud of Barbara when she approached the podium and composed herself long enough to share—despite background photos of her brother protectively towering over her as a toddler—the terrifying story of how he had been permitted to babysit her exactly once. Then, after an overwhelming presentation of his own, elder brother Bobby offered shots of Billy’s half-empty bottle of Jim Beam, using Billy’s own skull-shaped shot glass. I was honored to join the line, right behind Barbara.

Billy Matteson has been the loudest and most diverse of this communicative, varied family. Less than two years older than me, he had achieved levels of mastery that I’ll never approach. We have a beautiful table in our home, with roses carved into the wood, that Billy made from a barrel. He enjoyed horseshoes with his friends and family, and created increasingly sophisticated horseshoe pits to play in. His masterpiece, however, was Wyntop, the palatial estate that he was in the process of restoring, project by project. You would be astonished by the incredible, many-angled, thatched roof, ornamented by copper snow guards, valleys, gutters and down spouts (which he coated in automotive clear-coat, so that they still enjoy their orange glow years later). Each renovated room was completed meticulously; ornamented but subdued. I feel honored when I’m in the home, anxious to hear stories of construction details.

The highlight, from my (and, I like to think, Billy’s) demented perspective, is the grand-daddy of all horseshoe pits. Each spike is surrounded by angled, staggered walls to redirect overthrown shots; the throwing area is outlined by a two-layer handmade fence; there’s a mounted bottle opener for the requisite beverages; the entire facility is illuminated, stadium-like, for all-night tournaments. Its natural-wood elements perfectly blend with the surroundings, particularly the roof created by centuries-old maple trees that predate the estate itself. It is an arena that elevates its lawn game to a gladiatorial duel. Only Billy could do this.

Driving home, I came to appreciate that the same can be said about funerals as about life’s brightest moments: I’m with the people I most wish to be with. I’m driven to deep introspection. I’m emotionally overwhelmed. It’s an unforgettable time. Afterward, I’m forever changed.

I remained energized all that day, so much so that I called Florida to rip my septuagenarian mother’s head off for not letting me get high speed internet installed in her house yet, and so was keeping me and my children from seeing her and my dad face-to-face more often, in lieu of adding that money to my inheritance. “I’m getting it for you now,” I shouted. “While I can!”

Her iPad is on its way. Thanks, Billy. 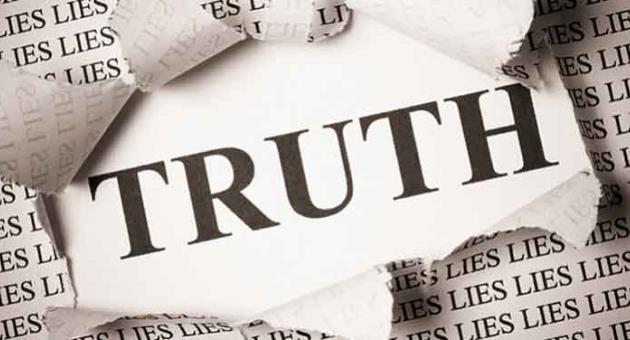